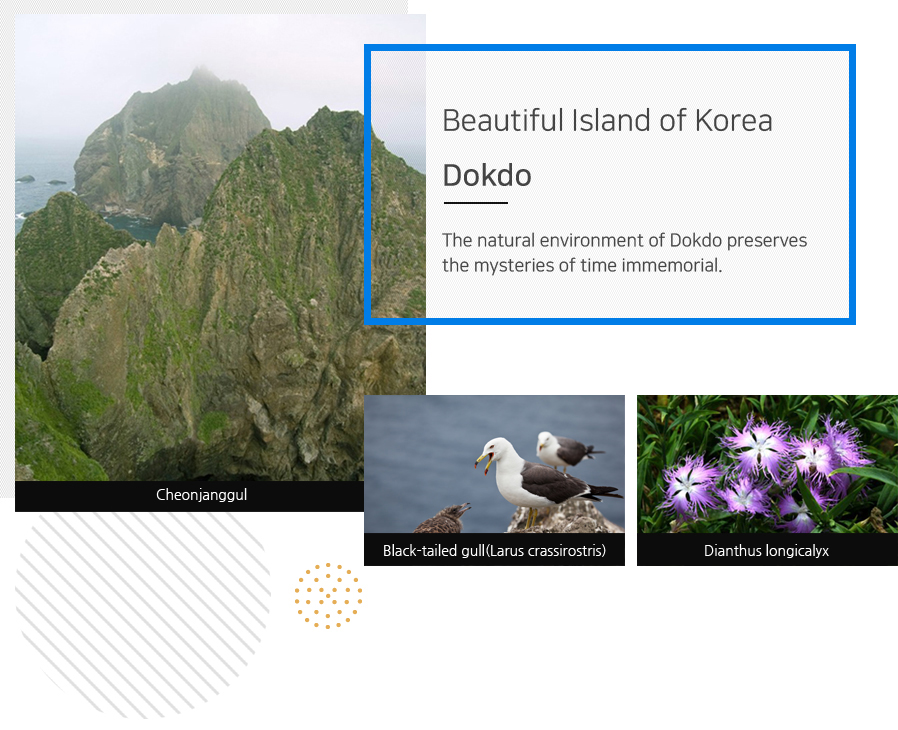 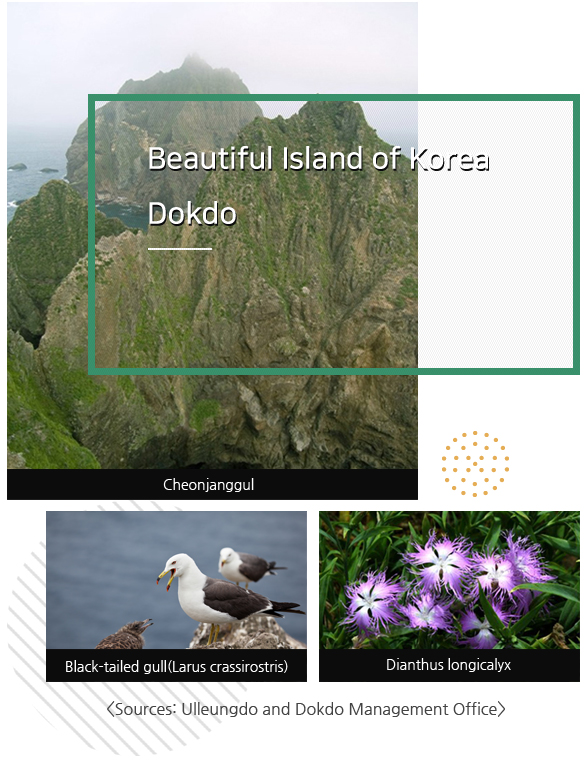 Dokdo has a relatively mild oceanic climate that is largely influenced by warm currents. Its annual average temperature is 12.4 degrees Celcius. In January, the average temperature is 1 degree Celcius, which is its coldest, while the hottest temperature is in August at an average of 23 degrees Celcius. The island experiences particularly strong winds, with an average wind velocity of 4.3 meters per second. Generally, the winds are southwesterly, but in the winter, the winds from the northeast are stronger.

The island is often submerged in fog, and the skies are cloudy for more than 160 days a year. It rains about 150 days a year, which makes the island a relatively moist region, with about 85 percent of the days in a year being either cloudy or rainy/snowy. It rains about 1,383.4 millimeters a year, and in winter, it often receives heavy snow. 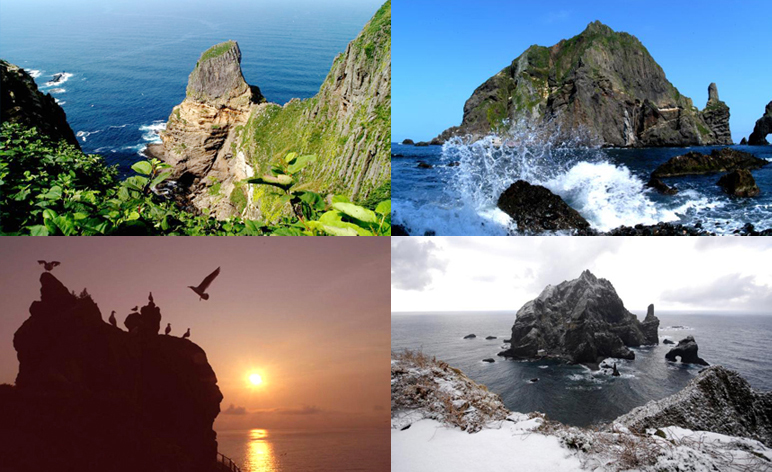