A total of 134 species of insects have been found on Dokdo (excluding 30 unidentified species). In terms of biogeography, the entomofauna on Dokdo is highly unique, owing to the limited distribution of flora on this volcanic island. As for insects flying in from other areas (insects that migrate by moving with storms or currents from foreign environments), survival is a great challenge due to the poor habitation environment on Dokdo. 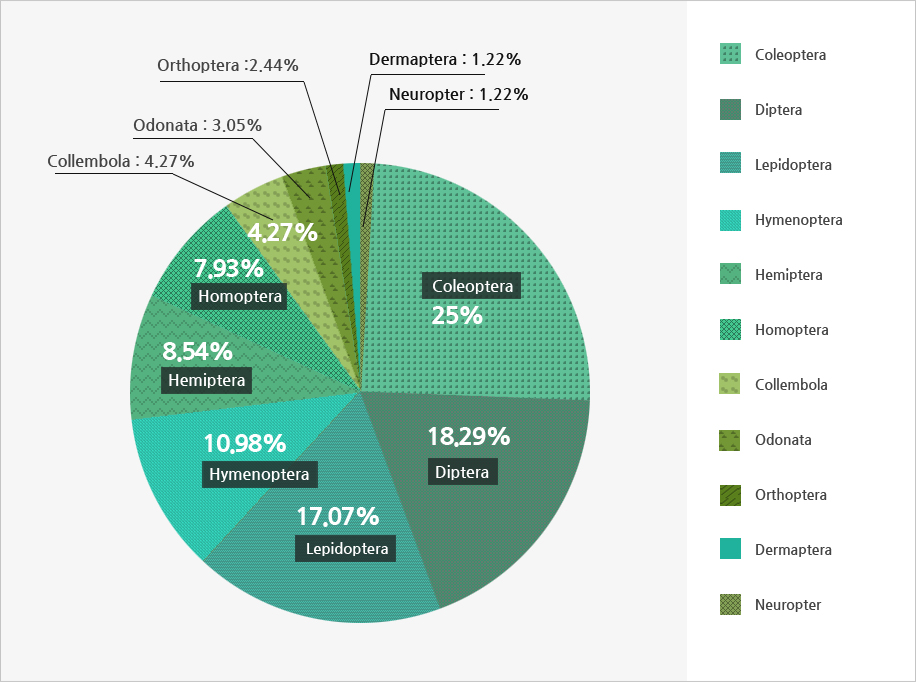